WHAT IS IT? ITEMS

It is a system of remote management and control of luminaires developed by NTE, with the aim of simplifying the complex systems that currently exist in the market, while expanding their possibilities with extra functionalities and great versatility of operation and Adaptation for each installation.

The system can be implemented in any installation whose luminaires are dimmable with the 0-10V DC system.

In addition, it is designed to be fully scalable, so that the extension of an existing installation is fully compatible with the previous one, without having to change the elements already installed.

Every installation, large or small, is composed of the same elements (in greater or lesser number), being able to use all or only the minimum necessary.

The elements that make up a complete installation would be the following: 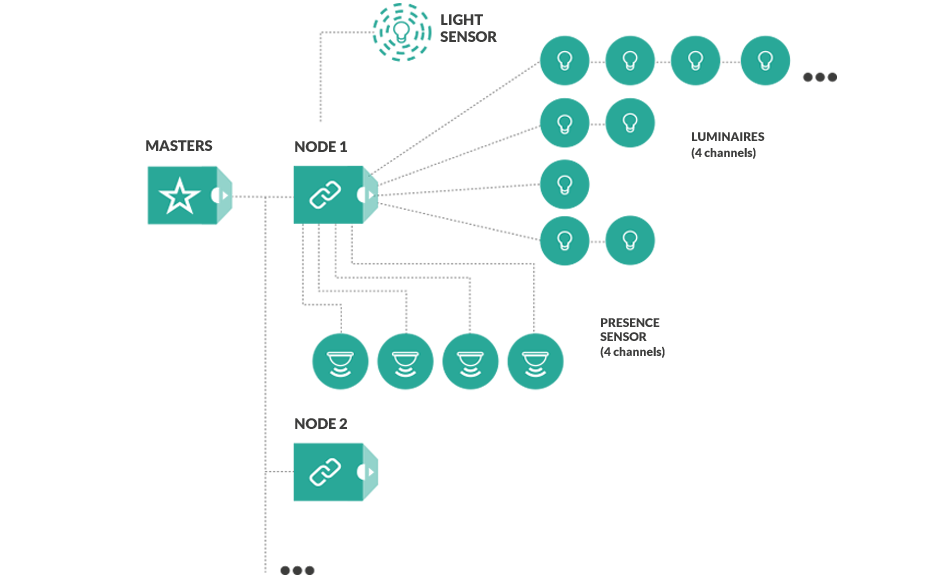 It is a physical device (hardware) that is responsible for controlling the entire installation (or a part of it, if several Masters coexist in the same implementation). This device controls each element of the installation, as well as its correct operation and error detection, serving as a link or communicator between the user and the installation.

Up to 255 different Masters can live in the same installation.

The communication with the user can be done either by the LCD screen and keypad included in the device, or by the control software from a PC through the local network (connection with the device via RJ45 or Wifi).

Intermediate devices between MASTERS and luminaires or sensors. They are responsible for executing any task that the MASTER sends them, as well as collecting information that can later be recovered by the user.

Connected to the MASTER, they are in charge of controlling the power to which a luminaire is turned on (or group of luminaires), as well as if it has to vary or turn off. It has four individual channels (to control four luminaires or four groups of luminaires independently). These channels are connected to the 0-10V control cables of each luminaire.

In the same way as the luminaires, up to 4 Presence Sensors (or other) can be connected to each Node, sending their reading (positive or negative detection) to the MASTER to indicate if they should turn on or off any luminaire.

Additionally, a brightness sensor (optional) can be connected to each actuator.

The information that these devices send will be used according to the configuration defined in the installation, taking into account that each sensor can be associated to influence several luminaires (although these are not connected to the same node as the sensor that we want to turn them on).

Currently, a unitary node has also been designed, that is, with a single channel for luminaires and sensors, also in the two mentioned technologies (wiring and RF).

Any motion sensor on the market that is suitable for installation in terms of sensitivity and ranges of operation can be used.

Adding to the installation a light sensor (optional) we can define a fixed amount of luxes in the work area and the luminaires will be automatically adjusted to the necessary intensity.

Although any luminaire is valid, to achieve maximum efficiency and energy savings, the use of NTE Efficiency series LED luminaires is recommended.

Own computer application that allows us to program or modify the behavior of the installation, as well as obtain information about its operation in real time or the history it stores.

SOME APLICATIONS OF OUR REMOTE MANAGEMENT SYSTEM

Different operating modes can be defined, both manual (the user decides whether to turn on or off a luminaire, as well as the power at which it does), as an automatic mode, in which the luminaires are turned on by motion detection, to a marked intensity and for a certain time defined by the user. After detection and the set time, the luminaire would turn off or lower its intensity to a preset value.

In the automatic mode we can define a desired level of luxes in the work area (including in the installation the brightness detectors), so that the selected luminaires will vary their power to achieve that minimum amount of lighting.

You can create Operating Programs, manual modes that turn on a luminaire or group of them at a specific time and turn them off at another time periodically in time (between two dates and times marked). The creation of different programs is 20 per channel of each actuator.

As an added option we can define special zone luminaires or “corridor lights”, which will turn on when any presence detector is activated, regardless of whether they are associated with it or not.

A WIDE RANGE OF POSIBILITIES

Up to 255 NODES can be connected to each MASTER, with four channels for luminaires and four for sensors, which makes a total of

of each type, so a large installation is not a problem. If you need more elements, you can create a second network with another 255 masters, and so on until completing the installation, being able to add another type of sensors for specific installations that require it. 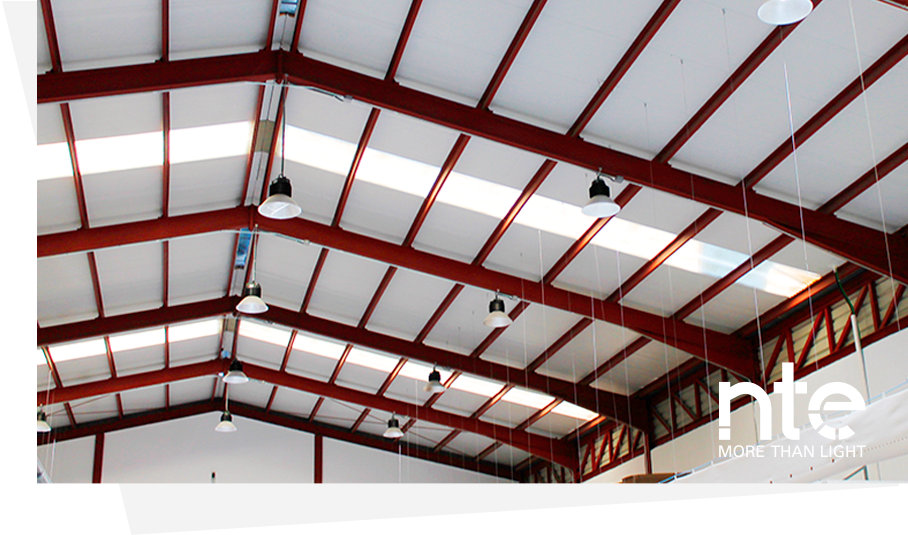 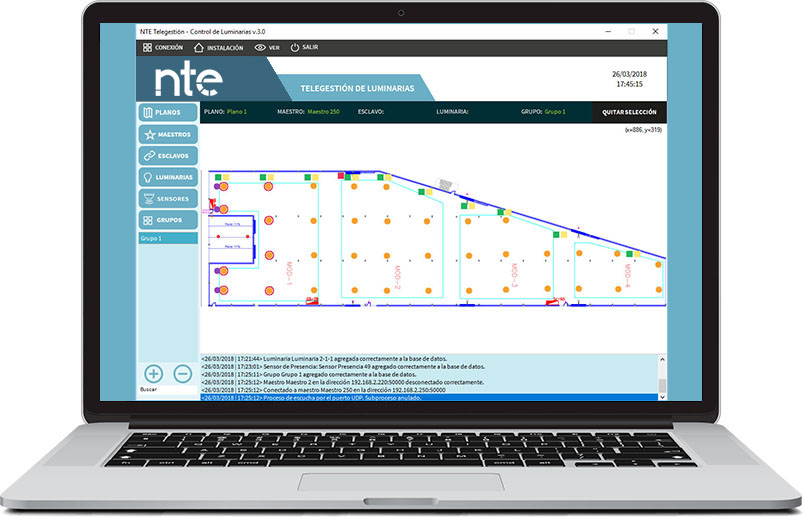 ALL FUNCTIONALITIES IN A SAME SOFTWARE

• It can be done from the Master keyboard and LCD screen by moving through the menu options or from proprietary software for the PC platform (shortly Web and mobile devices).

• The software is intuitive and graphic, working on the installation plan directly.