Our solar series includes state-of-the-art LED technology, a programmable lighting system and light intensity control. Being able to reach a height of 7 meters, it is the ideal option for rural roads, landscaped areas, bike lanes, pedestrian walks, parks or playgrounds. With the possibility of including a presence detector, for a minimum light pollution, especially in isolated or low traffic areas, maintaining the safety of pedestrians at all times. 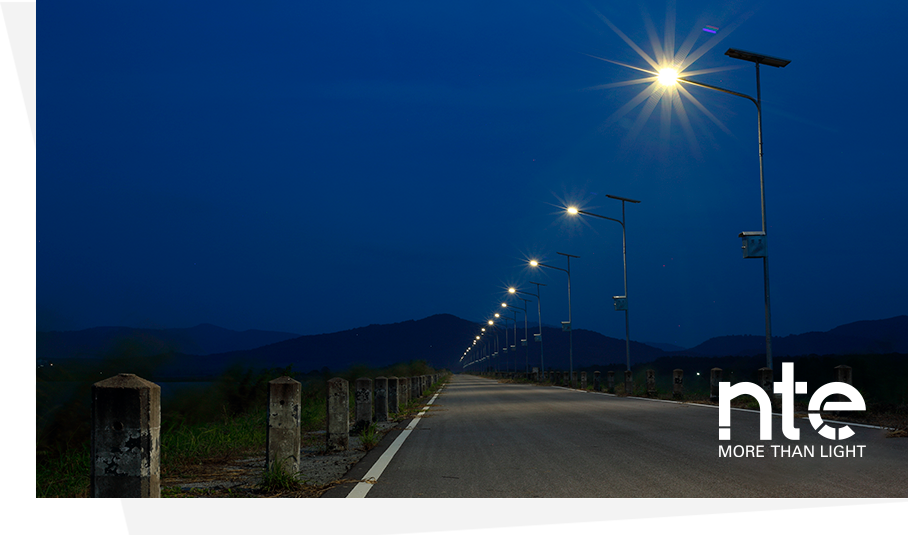 Any of our Efficiency road luminaires can be turned into solar, and can be combined with our remote management system.

With programmable power and an option to include motion detector for minimal light pollution.

The compact solar kit consists of a photovoltaic panel, lithium-ion battery of high capacity, low weight, great durability (minimum 5 years of useful life) and IP66. In addition, it includes charge controller and the option to install presence sensor. Compatible with high efficiency Efficiency road luminaires, with simple mounting on any standard column and up to 5 days of operation depending on the model. 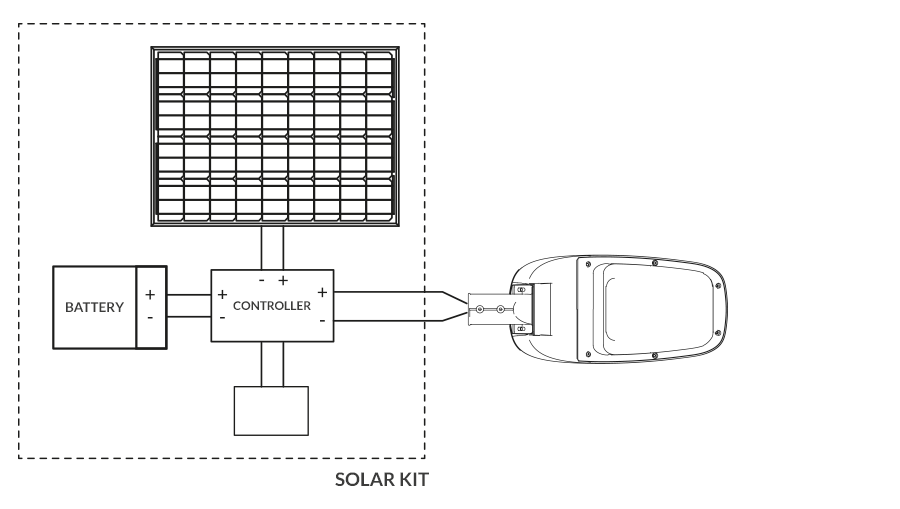 The system has a motion sensor which reduces light intensity and consumption, during periods of time when the sensor does not capture movement.

The system is scaled for a duration of more than two days with a charging time of less than 6 hours in the worst case.

The luminaire will automatically turn on below the minimum solar radiation value (twilight sensor). As long as it does not detect presence, it will perform the regulation curve without detection.

The Controller Saving Mode allows automatic lighting adjustment under critical levels of the system.The system is scaled for a duration of more than two days with a charging time of less than 6 hours in the worst case scenario, if they occur.

The luminaire will turn on automatically when it does not exceed the minimum solar radiation.

The system starts according to the established schedule. In the above example, the luminaire starts at 100% operation and after 4 hours it goes to 50% light with the action of the motion detector. The motion detector can be set to 20% at the time of non-detection, which would rise to 50% after detecting presence with a courtesy time of up to 200 seconds. In the example, the last hour is set to 50% without detection.

The luminaire will turn off automatically when it exceeds the minimum solar radiation, not needing to complete the curve.

In this case, the system is scaled for a duration of more than two days with a charging time of less than 6 hours in the worst case. 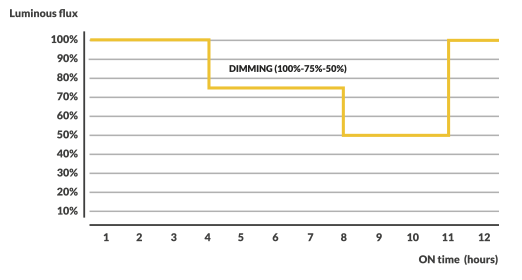 The luminaire will turn on automatically when it does not exceed the minimum solar radiation.

The system starts according to the established schedule. In the above example, the luminaire starts at 100% operation and after 4 hours it goes to 75% light, 4 hours later it goes to 50% and at dawn it would rise to 100% lighting. This programming is optional, designed for a longer system life.

The luminaire will turn off automatically when it exceeds the minimum solar radiation, not needing to complete the curve.

When the battery charge is below the critical charge point, the luminaire enters Saving Mode, gradually reducing the intensity, in order to avoid complete battery discharge.

THE MOST EFFICIENT WAY TO MANAGE YOUR SOLAR INSTALLATION

The luminaires with motion sensor, regardless of their technology, are not suitable for inter-urban roads in which there is moderately fast traffic, being common in pedestrian areas or bicycle lanes.

This limitation is given by the height / opening ratio of the sensor and is not recommended for sections over 25km / h, although a correct performance would require its evaluation in each case.

From NTE we offer the integral solution to this problem with an encrypted wireless communication system between the solar kits, valid for one-way and two-way routes. This resource allows the system, after the detection of one of the motion sensors, to activate the lighting of successive luminaires covering up to a total of 250 m, depending on the distance between the posts.

For this, NTE uses MESH network technology by radio frequency, allowing all solar luminaires in a single installation to communicate with each other wirelessly without the need to add signal repeaters and avoiding the eventual loss of data in the event of a power failure. any of the points.

NTE has developed its own application compatible with Android / IOS systems designed for the end user. The application, together with a small USB receiver that connects directly to the mobile terminal, will allow users to communicate individually with each of the luminaires.

In this way, the user will be able to access the data collected by the luminaire during its hours of operation, as well as customize the configuration parameters of the complete solar kit, including the presence sensor.

THE EFFICIENCY LUMINAIRES THAT COMPLEMENT THE EFFECTIVENESS OF THE SOLAR KIT 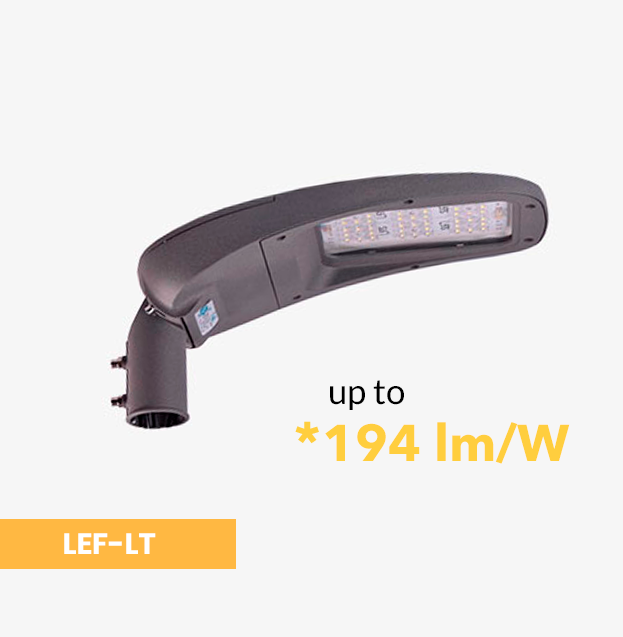 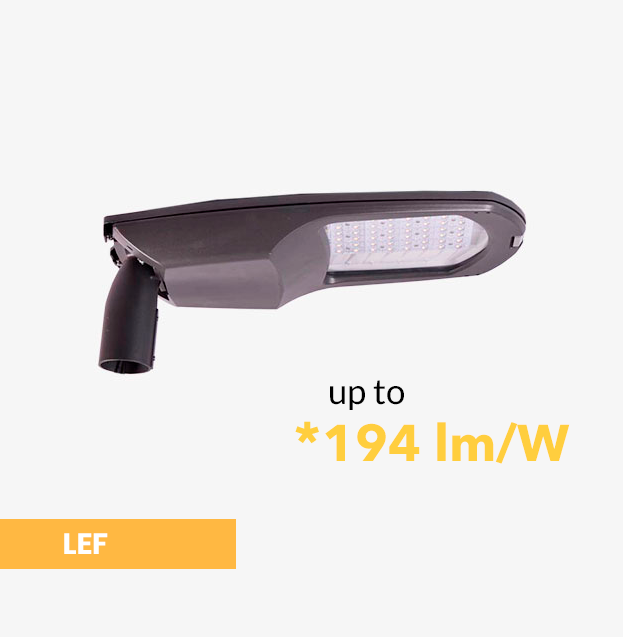 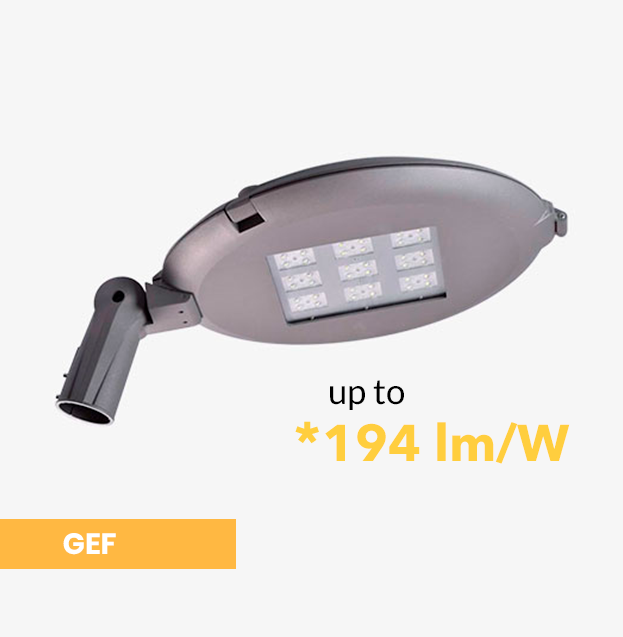 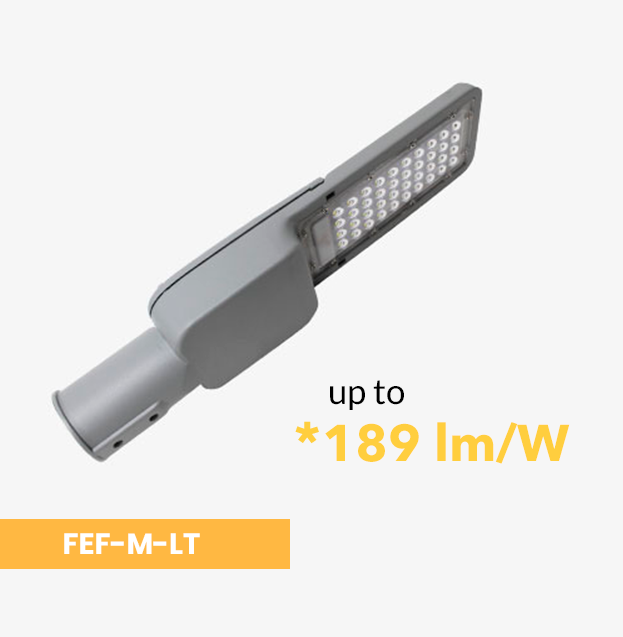 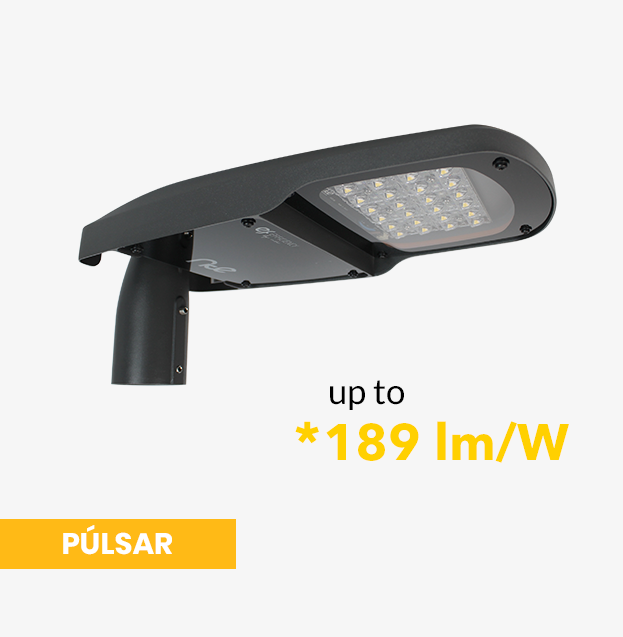 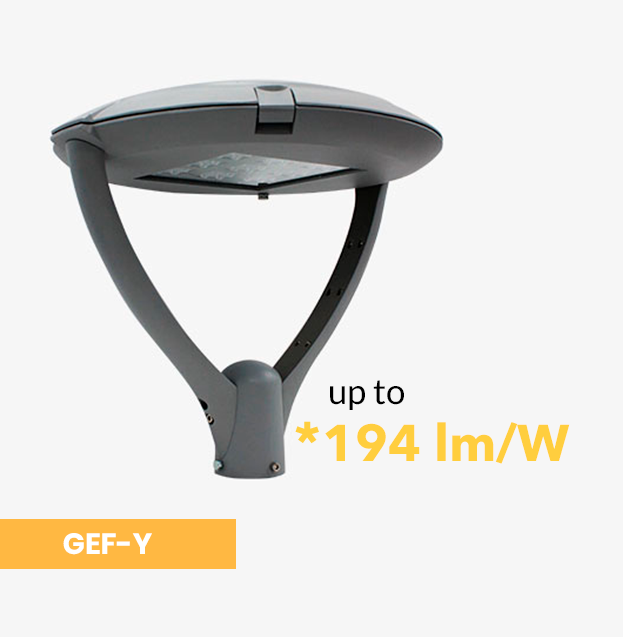 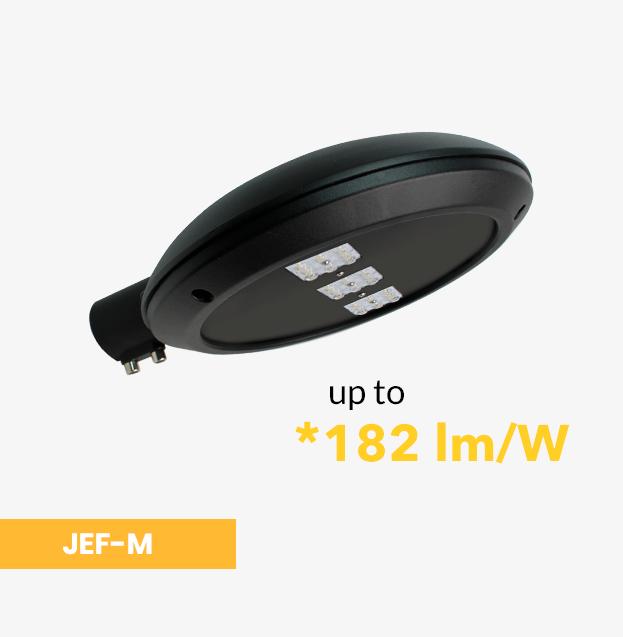 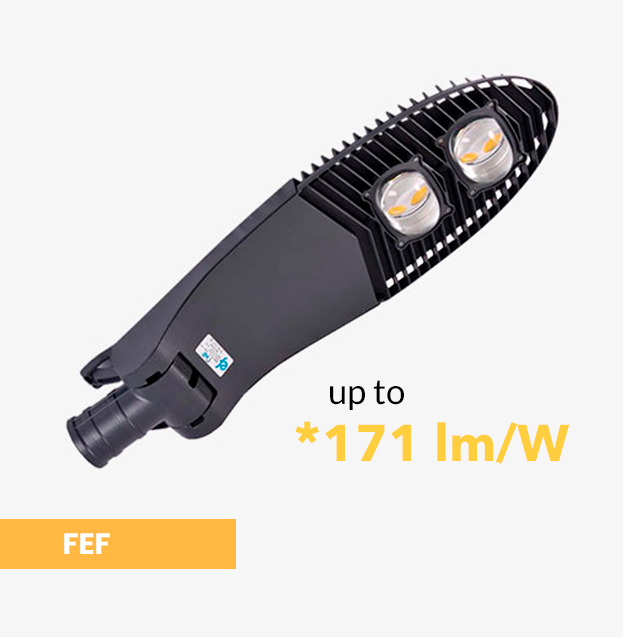