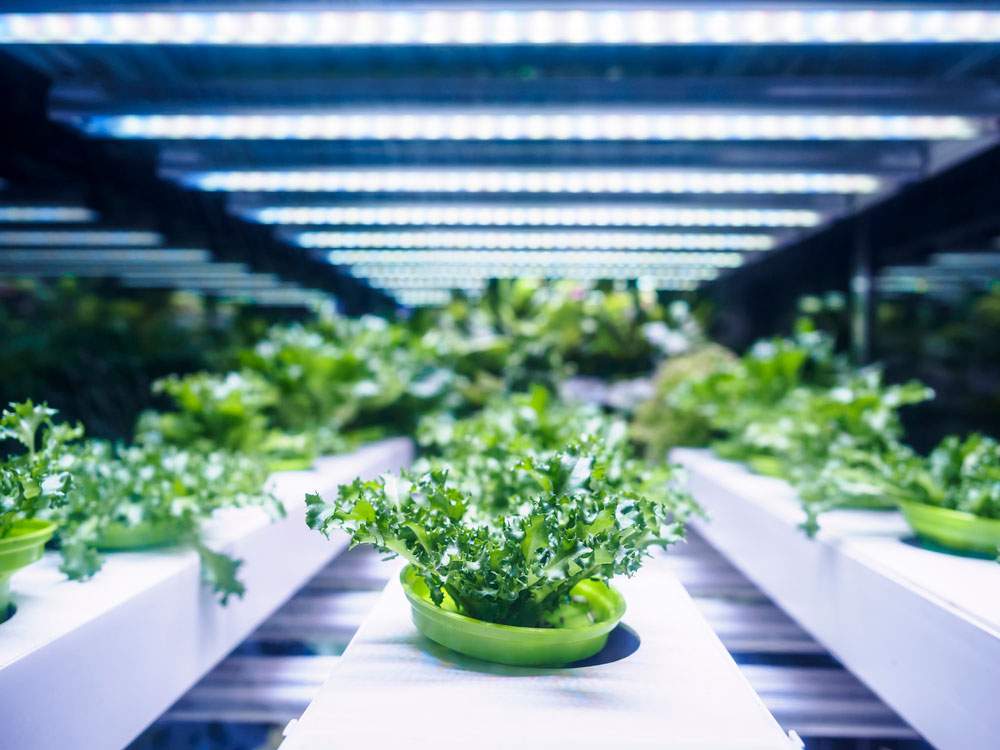 Posted at 08:37h in Uncategorized by Christian

One of the main drawbacks for many people when it comes to having houseplants is the lack of light. Until not so long ago, there was a belief that plants could not grow indoors because they lacked light.

With the various technologies that have emerged, lighting systems were formed that could be used for some plants. Nowadays, however, the range of plants that can be grown with artificial lighting has increased. This is due to the development of LED lighting technologies.

Nowadays, by knowing the best light for your plant, you can grow it indoors (as long as the rest of its requirements can be adequately met). In addition, artificial lighting can be used to supplement natural lighting for some plants as well.

Plants have internal mechanisms with which they can perceive stimuli, physical and chemical parameters, and generate a response to these. Particularly important is their perception of light: type, orientation, duration and proximity of light.

Since plants feed themselves through the process of photosynthesis, these living beings need to have a highly developed light perception system. Lighting is a determining factor in their development, in the form and speed of growth, as well as in controlling the times of flowering and fruit formation.

Light is a type of electromagnetic radiation, which means that it travels in waves, like radio waves. One of the most important parameters is the wavelength, which is defined as the distance from the highest part of one wave to the highest part of the next. The unit of measurement is the nanometre, which is one millionth of a millimetre.

Determining factors for an adequate illumination of plants

By quality of light we mean the colour of the light reaching the plant. All wavelengths that are within the absorption spectrum of our plant are important. However, blue and red are the most important colours for the growth of the plant. Green is not absorbed, but reflected, which is why plants have their characteristic green colour.

Blue. Its wavelength is between 400 and 500 nm. This colour determines its vegetative growth, i.e. from the germination process until it flowers. If we only give it this colour, the plant will be smaller and will have a more pronounced green colour.

Red/far red. Its wavelength is between 600 and 700 nm. It affects the length of the stem as well as its flowering. A higher proportion of far red causes more distance between leaves on the same stem, so the stem length increases.

Knowing how to combine the blue and red lengths will generate a greater benefit for your plant. Therefore, it is very interesting to use lights with LED technologies that allow us to give the plant a combination of blue and red.

By combining a cold LED (blue) with a warm LED (red) we can give our plant its nutritional requirements, and with total efficiency, as we will only spend on providing the necessary wave spectrum. Nowadays, there are already solutions that incorporate a mixture of blue and red LEDs.

That said, if you don’t want to complicate your life and also have a “normal” light, it is advisable to use a broad spectrum LED grow light.

Another important factor is the photoperiod, the number of consecutive hours of light a plant receives in a 24-hour period.

To be able to give our plant the right level of light, it is advisable to add a timer to our lighting system so that it controls the light automatically.

When the plant starts to germinate is when it needs more light. It is therefore advisable to place the artificial light at a height of about 6 cm, especially if there is not enough natural light.